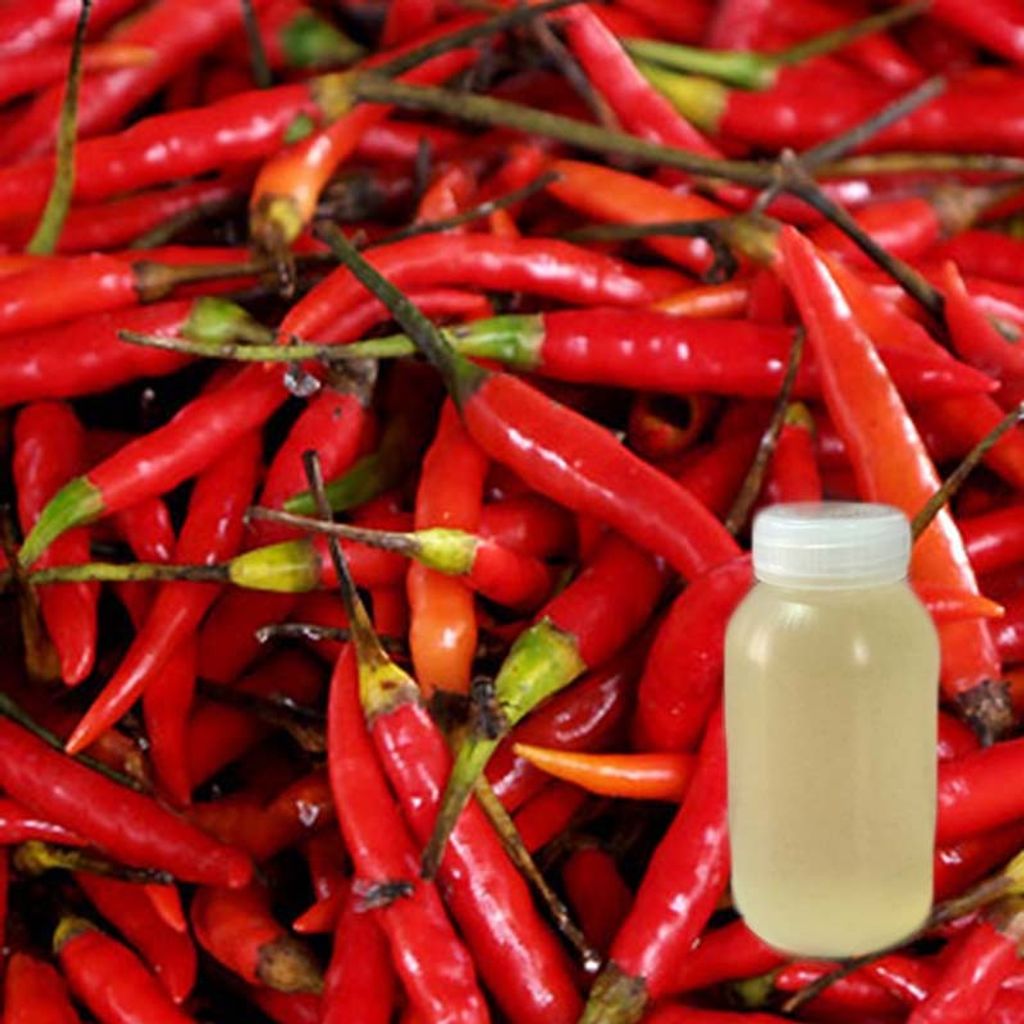 Pepper is the king of spices being the most widely used condiment throughout the world. The unique aroma of the spice has been studied by various workers (1-5). Takahashi (6) reported the presence of mint sulphide and germacrene D in black pepper oil. Volatile compounds responsible for the distinct aroma and off flavor of black pepper and white pepper were studied by Jagella et al. (7). Nussbaumer et al. (8) detected the presence of m-mentha-3(8)6-die (isosylveterpinolene) in the black pepper and green pepper oil (0.12-0.17%). Even though pepper oil was studied and more than 130 compounds were identified the individual cultivar oils are not studied in detail. Richard et al. (9) analyzed 17 cultivars for their oil composition and identified 28 components. Lampong and Sarawak cultivars were analyzed for volatile compositional differences by Russel et al. (10). Sumathy et al. (11) studied Karimunda and Kalluvally cultivars for their proximate composition and volatile oil composition. Gopalakrishnan et al. (12) studied four selected cultivars of pepper and identified 67 compounds by GC/MS and retention indices. Ve studied the oils of eight prominent cultivars-viz.; Karimunda Kalluvally Arakulammunda Vellanamban Kottanadan Ottaplackal Kuthiravally and Cheriakaniakadan-for three seasons (1314) and identified 55 compounds and their seasonal variations. The present paper reports the oil composition of yet another set of four major cultivars of black pepper. The cultivars selected for this study are Thevanmundi Poonjaranmunda Valiakaniakadan and Subhakara. To the best of our knowledge no work has been carried out so far on the cultivars Poonjaranmunda Thevanmundi and Subhakara.

The fresh berries of the authenticated cultivars were collected from Indian Institute of Spices Research Calicut and were dried in a cross flow drier at 45 deg C and taken for the analysis. Moisture starch piperine crude fibre ash and volatile oil were determined as per A.O.A.C methods.

GC/MS analysis: GC/MS analyses were carried out in a Hewlett-Packard gas chromatograph under the following conditions. GC conditions were the same as in the capillary GC analyses. MS conditions were as follows: electron impact ionizing voltage 70 eV source temperature 150 deg C electron multiplier at 2000 eV scan speed 690 amu/s and scan range 40-- 500 amu. Component identifications were accomplished by comparing retention indices and mass spectra of each compound with those of authentic samples and library and literature (15-18).

Gives the chemical composition of the pepper oil samples for the three seasons 1990-1992. Fifty-five compounds were identified in the oil samples. In general it can be seen that the chemical composition varied widely as reported earlier. There was variation in each cultivar in the quality factors during the years probably due to variations in agroclimatic conditions. For example sabinene varied from 0.2% in Subhakara to 17.1% in Valiakaniakadan. delta-3-Carene varied from 0% in Valiakaniakadan in 1990 to 23.4% in Subhakara in 1991. Limonene varied from 8.3% in Thevanmundi oil to 22.7% in Subhakra oil.

The association of a badnavirus with disease-affected black pepper leaf samples collected from Kozhikode (Calicut) and Wyanad districts of Kerala was established on the basis of symptomatology vector transmissionelectron microscopy and serology. The virus induces vein clearingchlorotic flecks chlorotic mottling along veins and characteristic curling of leaves leading to reduced vigour and yield. The virus was

The virus could also be transmitted by mechanical means with difficulty to black pepper but not to other hosts tested. The virus showed positive serological relationship with Banana streak virus (BSV) and Sugarcane

In India only the association of a CMV has been established with stunted disease-affected black pepper samples5.In addition a mosaic disease on black pepper was observed in serious proportions in parts of Kerala for the

past few years. Up to 100% incidence of this disease has been reported in certain black pepper plantations especially in Kozhikode and Wyanad districts. The disease is characterized by vein clearing scattered chlorotic flecks

(Figure 1 a) followed by chlorotic mottling along veins leading to interveinal chlorosis and characteristic curling of the leaves (Figure 1 b). In a few cultivars vein banding vein thickening and green island-like symptoms are

also seen. The infected vines had reduced vigour and yield. Though the disease has been noticed on all the cultivars its incidence and severity was more on Karimunda. Since it has not been established so far we report

the results of our studies which revealed the association of a badnavirus based on its transmission electron microscopy and serological characteristics.

Institute of Spices Research (IISR) The isolate was maintained on

For mechanical inoculation the inoculum was prepared by extracting the

floridana) were grown in pots raised under insectproof glasshouse and were rub-inoculated. Ten plants of each species were inoculated and kept under observation for two months. For graft transmission scions from disRESEARCH.

Effect of gamma-irradiation on antioxidant activity of black pepper

Some significant changes were observed in creation of thiobarbituric acid reactive substances (TBARS).

Difference between non-irradiated and irradiated sample at a legal European limit dose of 10 kGy reached in average 23 % and at Food and Drug Administration (FDA) 30 kGy limit 33 %.

Irradiation at searched doses did not affect significantly the DPPH radical-scavenging activity and reducing power of ground black pepper extracts. In opposite to irradiation treatment with exception the TBARS values more significant changes of antioxidant activity studied by DPPH radicalscavenging activity and reducing power were caused by storing of irradiated and non-irradiated black pepper. The γ-radiation treatment of ground black pepper samples observed by EPR resulted in the production of three paramagnetic species (GI-GIII) characterized by different origin thermal

behavior and stability. The axially symmetric EPR resonances GI and GII were assigned to the carbohydrate radical structures. The spin Hamiltonian parameters of GIII possessed the characteristic features of “cellulosic” radical species. The EPR measurements performed 20 weeks after radiation process confirmed that temperature increase from 298 K to 353 K caused significant

comparing to the reference (non-irradiated) ground black pepper where only 13 % drop was found.

Piperine is an alkaloid found naturally in plants belonging to the Piperaceae family such as Piper nigrum L commonly known as black pepper and Piper longum L commonly known as long pepper. Piperine is the major pungent substance in these plants and is isolated from the fruit of the black pepper and long pepper plants. Piperine comprises 1 to 99% of these plants. The term black pepper is used both for the plant Piper nigrum and the spice that is mainly in the fruit of the plant.

Piperine is a solid substance essentially insoluble in water. It is a weak base that is tasteless at first but leaves a burning aftertaste. Piperine belongs to the vanilloid family of compounds a family that also includes capsaicin the pungent substance in hot chili peppers. Its molecular formula is C17H19NO3 and its molecular weight is 285.34 daltons. Piperine is the trans-trans stereoisomer of 1-piperoylpiperidine. It is also known as (EE)-1-piperoylpiperidine and (E E)-1-[5-(1 3-benzodioxol-5-y1)-1-oxo-2 4-pentdienyl] piperidine. It is represented by the following chemical structure:

Black pepper and long pepper have been used in Ayurvedic medicine for the treatment of various diseases. One such preparation is known by the Sanskrit name trikatu and consists of black pepper long pepper and ginger. Another preparation known by the Sanskrit name pippali consists of long pepper. It is thought that piperine is one of the major bioactive substances of these Ayurvedic remedies. Black pepper has also been used in traditional Chinese medicine to treat seizure disorders. A derivative of piperine antiepilepsirine has also been used in China to treat seizure disorders. Some recent research suggests that piperine may enhance the bioavailability of some drugs and nutritional substances.

Piperine may have bioavailability-enhancing activity for some nutritional substances and for some drugs. It has putative anti-inflammatory activity and may have activity in promoting digestive processes.

There are in vitro animal and human studies demonstrating that piperine can significantly increase the bioavailability of numerous drugs and some nutritional supplements. Reportedly it has demonstrated this effect with some antimicrobial antiprotozoal antihelmintic antihistaminic non-steroidal anti-inflammatory muscle-relaxant and anticancer drugs among others. It has also increased the bioavailability of coenzyme Q10 curcumin and beta-carotene.

In humans given 2-gram doses of curcumin alone levels of curcumin in serum were undetectable to very low one hour post-administration. Concomitant administration of 20 mg of piperine was said to significantly increase absorption and bioavailability (by 2000%). Similar results were reported in rats.

In a double-blind crossover study 5 mg of piperine daily for 14-day periods resulted in significant increases in serum beta-carotene levels. The same dose of piperine produced similar results in another study this one involving coenzyme Q10.

The claim that piperine may aid in the digestion of food is based on some experimental animal data showing that dietary piperine seems to enhance pancreatic amylase lipase trypsin and chymotrypsin activity.

The claim that piperine may have some anticonvulsant activity comes in part from China where the substance is used in an effort to treat some forms of epilepsy. In mice piperine injected intraperitoneally inhibited clonic convulsions induced by kainate. It did not significantly block seizure activity induced by L-glutamate N-methyl-D-aspartate or guanidinosuccinate.

In a rat intestinal model piperine was said to provide protection against oxidative changes induced by a number of chemical carcinogens. In another study this one in vitro piperine reportedly reduced the cytotoxicity of aflatoxin B1 in rat hepatoma cells.

On the negative side piperine has shown some evidence of being mutagenic and potentially carcinogenic under some circumstances. It has reportedly given rise to mutagenic products on reaction with nitrites. This causes concern since nitrites and piperine may be consumed simultaneously. Risk might increase with high-dose piperine supplementation. In another study piperine appeared to enhance the bioavailability of aflatoxin B1 in rat tissues. And in yet another study piperine was found to be cytotoxic to cultured brain neurons. Piperine was said to be non-mutagenic however in a study examining effects of the substance on the germ cells of Swiss albino mice.

In a recent study utilizing albino rats piperine given at doses of 5 and 10 mg/kg body weight for 30 days resulted (at the 10-mg/kg dose level) in significant reduction in the weights of testes and accessory sex organs as well as severe damage to seminiferous tubules. The 5-mg/kg dose resulted in partial degeneration of germ cells.

Decreased mating performance decreased fertility and anti-implantation activity along with some other adverse reproductive events were observed in mice given very high doses of piperine.

Piperine may form mutagenic and possibly carcinogenic substances with nitrites. Those who eat processed food containing nitrites and nitrates as food preservatives should exercise caution in the use of piperine supplements.

The typical dose of piperine in nutritional formulas is 5 milligrams and doses of 15 milligrams daily are rarely exceeded. No adverse reactions have been reported with these doses. Piperine if exposed to the tongue is tasteless at first but leaves a burning aftertaste.

Piperine usually at a dose of 20 mg or greater has been shown to inhibit the metabolism of the following drugs: propanolol theophylline phenytoin sulfadiazene rifampicin isoniazid ethambutol pyrazinamide and dapsone. This list is not inclusive. Piperine is a nonspecific inhibitor of drugs and xenobiotics. Most drugs metabolized via cytochrome P450 enzymes would likely be affected by piperine.

Piperine may enhance the absorption of beta-carotene vitamin B6 Vitamin C and L-selenomethionine found in certain foods.

Piperine is available in stand-alone supplements and in combination products. A typical dose is 5 mg daily. Doses higher than 15 mg daily should be avoided.